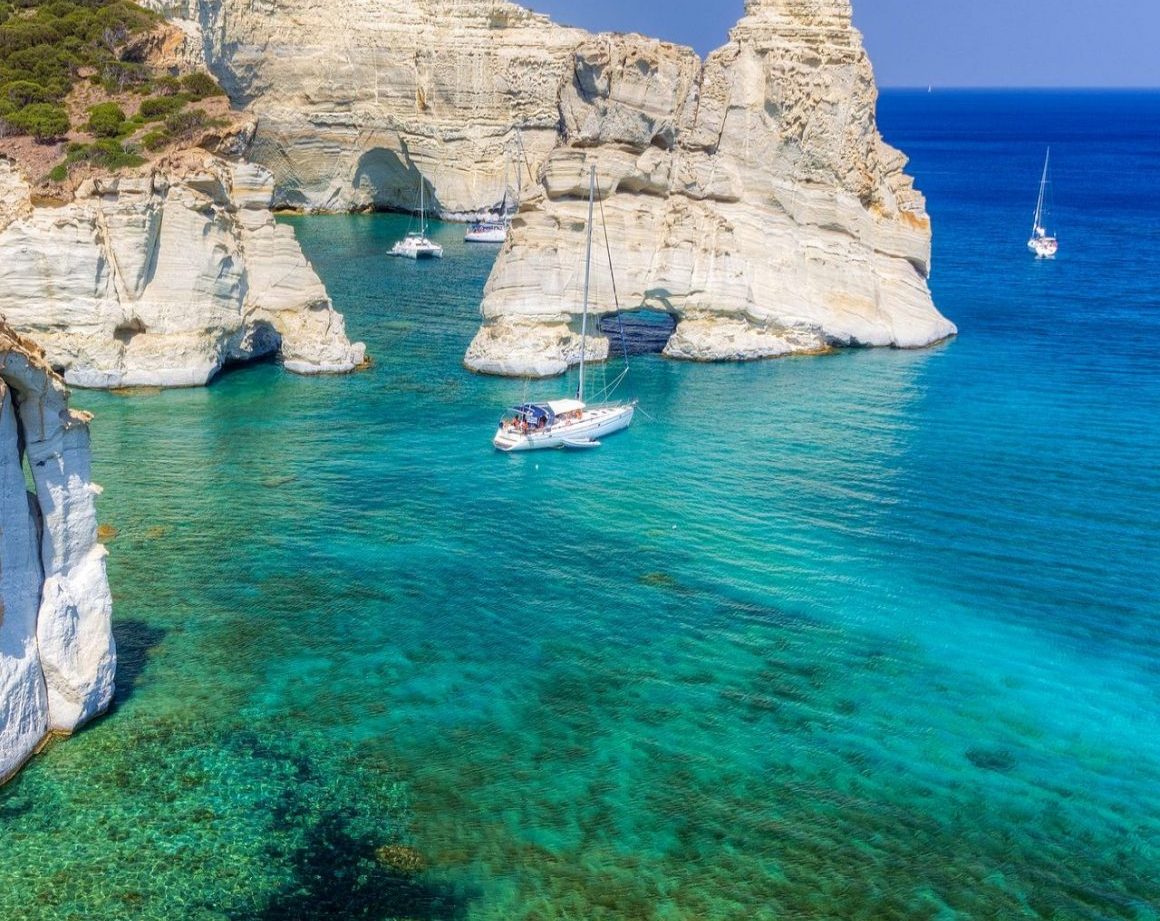 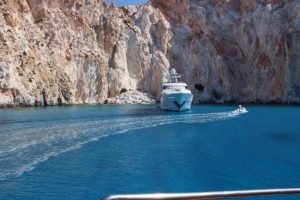 (Emerald waters of the Polyaigos)

Discover one of the most pristine islands whose devotion remains to the animal kingdom and great geological formations that house a wide variety of mysterious, exotic beauties. Polyaigos, which falls just next to the island of Kimolos, is Aegean’s sea largest uninhabited island and a popular sailing destination for sailing lovers. The island comes surrounded by Turquoise, sapphire and emerald waters. With the island being largely uninhabited, expect the major sites of interest to be the sceneries offered by nature. 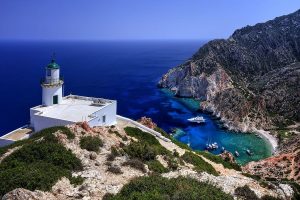 The island comes with numerous amount of sea caves at the coastline, which acts as the natural habitat to the Mediterranean Monk seal of Monachus Monachus.as you proceed towards the rocky cliffs of the hinterland, you will come across a number of migratory bird species. With the name “Polyaigos” referring to many goats, expect to see large herds of them. The island falls under the municipality of Kimolos, and a vast majority of it is owned by the Greek Orthodox church and is mostly rented out to shepherds from Kimolos and Milos. Although deserted, the island still has remains of a church dedicated to The Virgin Mary and an automated lighthouse.

What to do in Polyaigos

Being one of the largest uninhabited islands in the Aegean region, Polyaigos has a number of beautiful seashores, coves and bays. The most popular ones include Panagia, Faros, Avlaki, Mersini and Amoura

Polyaigos is a well-renowned mining site for antiquities, which can be found on the Northwest side of the island. You can also take a dive from the bridge’s remnants into the sea for a thrilling experience. 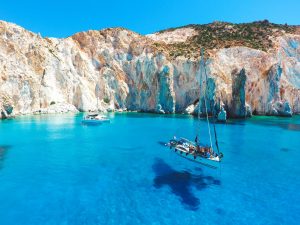 (A cruise on the island’s waters)

You can hire an inflatable boat and be on your way to immerse yourself in Polyaigos beauty. While on the cruise, ensure you explore the lighthouse of Polyaigos, the impressive rocks at Kalogiri and the pristine bays of Fykiada, Galazia Nera, Kato Mersini and Mersini. 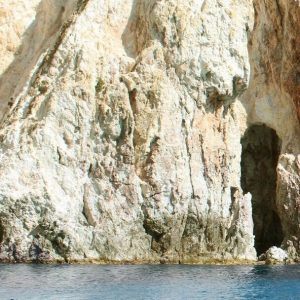 (A cave on the island)

The island of Polyaigos comes with a number of caves such as the cave of Askitis (given the name after an Ascetic who lived here) and the Cave of Fanara!