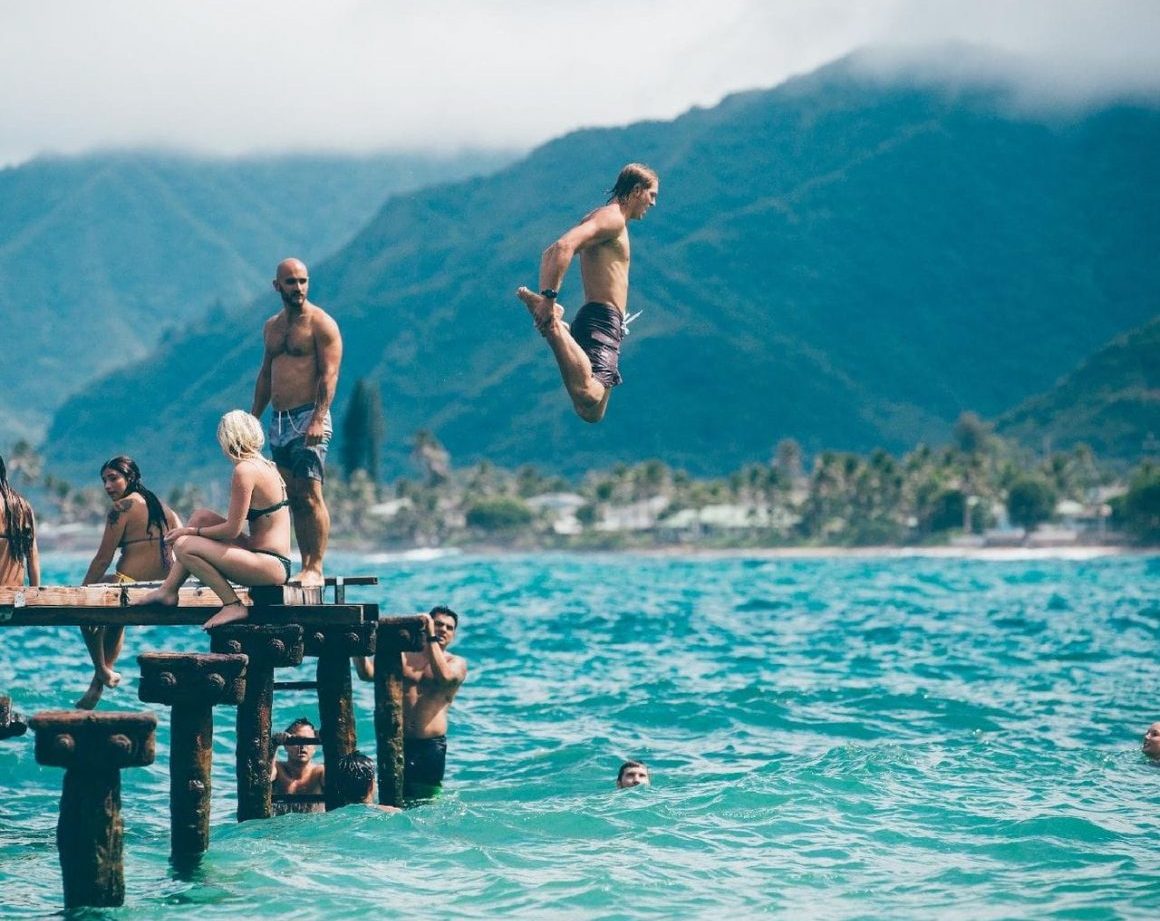 Also known as the party animal of the Cycladic islands, Mykonos is one of the most popular cosmopolitan island in Greece. This whitewashed paradise is situated strategically at the heart of the Cyclades and is believed to have originated from the bodies of giants that Hercules had killed. Watch as the island shifts from bronzed bodies at the beach to the nightclubs that bring the city to life. However, there is more to this island than the significant number of insatiable revellers and dazzling sands. 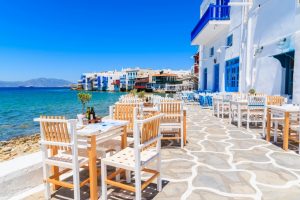 Tour the island to discover a fascinating world where simplicity and glamour can coexist peacefully. Additionally, you will get to experience a spectacular dining scene far better than anywhere else in the whole of Greece, the pleasure of travelling in the backcountry and the quiet charm that comes hidden in this Cycladic maze of Hora.

Fun things to do in Mykonos 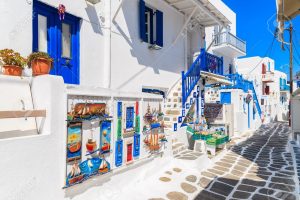 (A shop in a street in Mykonos)

A walk across the Mykonos town is like a walk in fantasyland. The streets come with whitewashed buildings combined with colourful doorways, small red and blue-domed churches, and upscale shops. The town is relatively small, and you will find yourself covering one end to the next in a very short time. The streets share a similar look, a tactic that was employed to confuse pirates looking to raid the town, so if you find yourself confused and in a dead-end, appreciate the tactic used to keep the town safe from invaders. 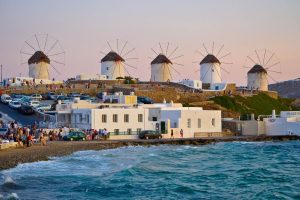 Beyond the Mykonos town are the majestic Kato windmills. The mils were previously used for grinding grain but have been converted into accommodation, storage facilities and homes for travellers. While at the mills, treat yourself to a spectacular view of Little Venice. You can also watch the sunset from here or the crazy storms that pound the island.

‘Little Venice’ is a name given to a row of fishing houses whose balconies extend out over the water. The houses date back to the 18th century when they were used by merchants to access the sea much easily. Over time, the houses have been converted into nice restaurants and cafes. Check yourself into one of them and have coffee as you watch the sunset and take perfect photos. 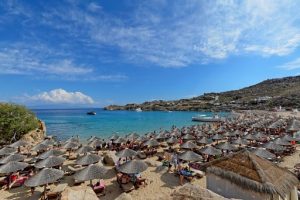 The paradise and super paradise beaches are fan-favourite and famous among locals and travellers. These beaches are lined up with a variety of clubs and restaurants, which come to life during the afternoon until early morning hours. Plan to pay these beaches a visit soon as you arrive in Mykonos.

The local Mykonos cuisine is heavily reliant on seafood oozing with amazing Greek flavours. A key ingredient in most meals around here is the use of olive oil. This is done to ensure that the freshness of the local produce and cheeses is enhanced. You can also engage in more causal inexpensive food options sold by vendors across the streets. Nonetheless, here are some key delicacies you should try. 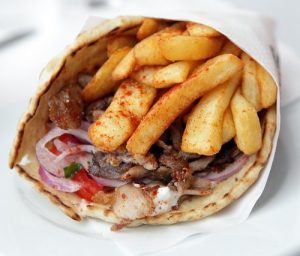 The Souvlaki is a popular food in Greece and can be found in almost any mainland or island location. While you will find the costs for staying in Mykonos as pricey, you can cut down your costs by opting to take this Greek classic over other expensive meals. The Souvlaki comes as Souvlaki or gyro meat, pita bread and a topping of either tzatziki, fries, tomatoes or lettuce.

A greek meal is never complete without a serving of delicious sweets. On top of your list should be key greek dessert options such as melomakarona (cookies dipped in syrup or honey), diples (fried turnovers) or the bougatsa (Cream wrapped phyllo). 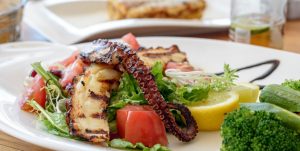 You will never go wrong with having seafood in the Mediterranean. The island of Mykonos comes with an abundance of seafood ranging from lobsters, fish, squid and octopus, among others. And the good thing is; they are fresh from the sea. Try a local favourite called the calamari, which will be even better when enjoyed at the full glare of the sunset.