Kea Greece is a Cycladic islands that sits south of Attica, in the Aegean Sea. A verdant island comprising of numerous forests, cultivations and a spectacular landscape. Wit it being in close proximity to Athens, the island of Kea has grown to become a great destination away from the city’s hustle and bustle. Ferries to the island depart from Athens through the Lavrion port and take about one hour. Even with Kea being a typical Cycladic island, you will be surprised by the elegant architecture combined with earthy stones instead of the blue-domed churches and the whitewashed houses. 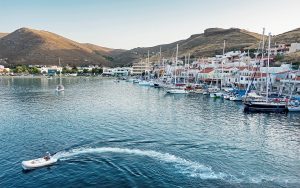 Moving into Kea’s inland, you will find a hidden paradise! The island is a natural habitat to rare wild animals and plant species such as reptiles and birds. This makes the island a perfect destination for all the nature explorers and lovers. You will want to visit the island’s capital called Loulida, which through its car ban and traditional architecture, oozes a very relaxing vibe. Take a walk to the Archaeological Museum of Ioulida and the Medieval castle, which is a preserve of the venetian era. When it comes to the beaches, Kea is home to some of the unspoiled sandy beaches with clear waters where you can dip yourself for a swim. Poular ones inclue Korissia, Koundouros and Gialiskari.

Top things to do in Kea 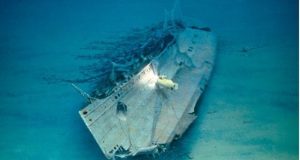 (wreck of the famous HMS Brittanic)

Kea happens to have one of the perfect sea bottom coupled with the strait between it and Makronissis for the best scuba diving experiences. However, most of the major available spots are for experienced scuba divers for example, due to the strong sea currents across this area. You can head down to Kea’s wreck of Titanic’s sister shop, the famous HMS Brittanic. At a depth of 120m, you will have fun on your way down. If you are a beginner, you can try a couple of shallow underwater caves and reefs.

Even though a small island, its closeness to Attica makes it a very popular summer and weekend destination of those wanting to keep close proximity to Athens and the locals alike. The island comes with spectacular beaches and traditional vibes that will give you a very relaxing experience. Engage in the island’s main activities such as hiking. Get to visit the picturesque villages of Vourkari and Loulida and the nice beaches of Otzias and Koundouros. Spare some time to visit the archeological site of Ancient Karthea and the Stone Lion.

The island has one of the best open-air cinemas with a large screen that comes to live at night with neatly arranged chairs for the viewers. A splendid way to spend your summer nights. 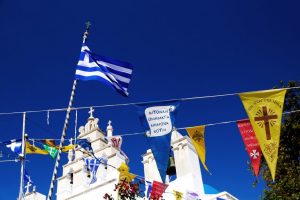 Kea has a tradition of hosting some of the most fun festivals on the island characterised by partying, eating and dancing to traditional music until early morning hours. Most of these will happen on the island’s capital. Some of the most popular events include the Holy Trinity Day, the religious festival of Panagia Kastriani, the Agia Marina’s fair, and the Agios Haralambos’ dedication.

Kebabs are made of various cooked meat dishes and are a very popular option across this island. While in the Rhodopi Mountains, look for a tarvena called Kottani and order yourself a serving of their special spicy kebab romani (beef patties). The food there is magic. 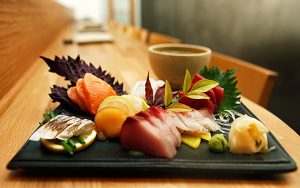 Often served at Sushimou, the taste does not get better than this. Head to the counter and let the resident chef Antonis Drakoularakos, the Tokyo-trained chef your budget and he will whip something u to cheer your taste buds. One of his loved mels is the local seafood sliced up as sashimi sushi.

‘To Paradosiakon’ is a popular ice-cream and patisserie bar, housed by an historic Italianate mansion at the full view of the sea. Prepare to have the best sweet-tooth experience of your life. 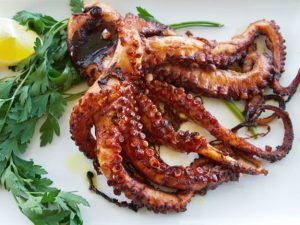 This popular Taverna is strategically located with tables that sit right on the beach and prepares the fast food versions of seafood. The locals love it for its genial service and quality. Make an effort to visit this restaurant and order yourself the grilled octopus. It’s the best!