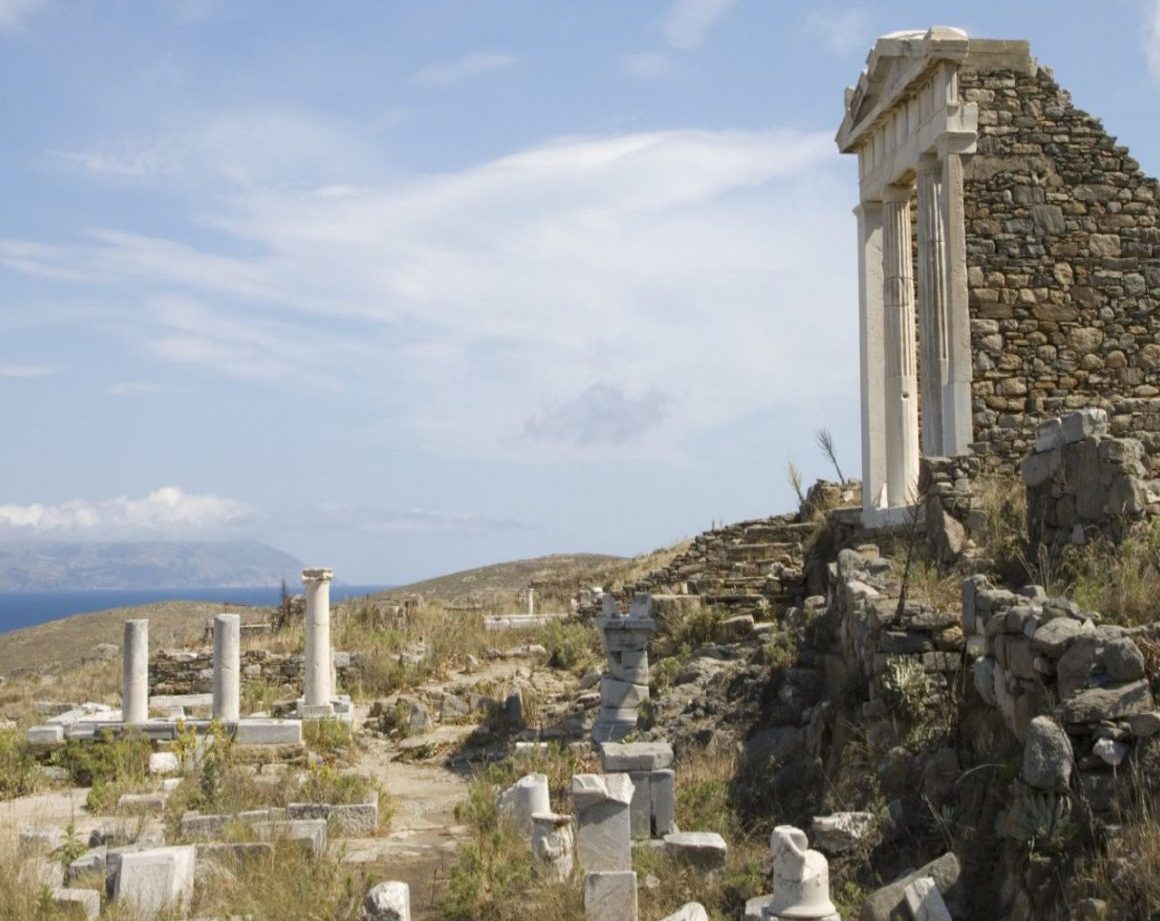 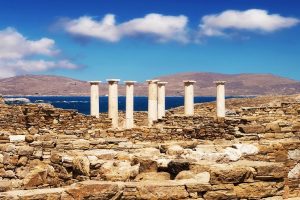 Delos, The birthplace of immortals and the head priest of the Cyclades is a time capsule of rich history that floats lazily on the Aegean waters. This island is the home to a series of crucial monumental antiquities dating back to the Hellenistic, Classical and Archaic periods, and is only serves the purpose of an archaeological site. Delos is a very small barren and rocky island that can be found at the heart of the Aegean and has served as the home to an influential political force and a religious centre through time. The island initially started as a holy pilgrimage island marked as the birthplace of Artemis and Apollo. As time progressed, the island became a political center housing the base of the Delian League. Finally, the island would later come to serve as a commercial harbour that had a number of luxurious markets and houses. 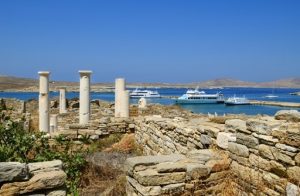 Delos is Greece’s important historical, mythological and archaeological sites and a key monument that signifies the world’s cultural heritage. This holy ground is the birthplace of Apollo. The sun reflects over the island’s special marbles, giving a spectacular view often regarded as symbolizing the harmony and light of reason of the Ancient Greeks. As you visit this UNESCO World Heritage Sight you will fel respect, aspirations and awe towards Greece’s rich history. This island should definitely be on a popular choice on your bucket list.

Activities to do in Delos 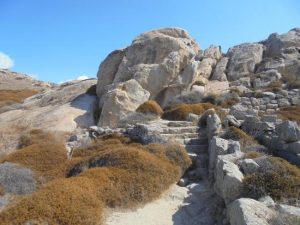 One of your top to do list activities should be taking a hike to mount Kythnos, whose summit lies at a height of 113 metres. The mountain will offer you a panoramic view over the surrounding countryside and the Island’s ruins. While at the top, look to the west to see Syros, the south to see the hills of Naxos, Mykonos to the east and the mountainous island of Tinos to the north. The path to the top is very ancient and made of stone steps. The top is believed to have been the grounds for Zeus’ and Athena’s temple. Come prepared as it can be very windy.

The house of Cleopatra was a lavish Theatre Quarter home that existed in the 2nd-century BC. However, the Cleopatra in this story is not the Egyptian queen but rather the daughter of Adrastus of Myrrhinou. Today, the remains of this home are the two headless statues of Cleopatra and her husband placed inside the ruins. 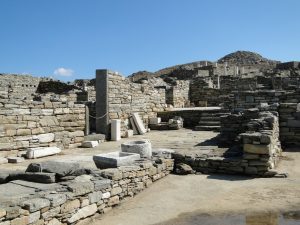 Dating back to the second and third century, the Theatre Quarter can be found between the commercial harbour and Mt. Kythnos. This area is chracaterised by narrow, winding streets paved with slate slabs. The ruins of the houses point out that they had at least one upper story and stood about 4-5 meters high. You will come across the notable House of the Trident, which belonged to a merchant or ship-owner, and comes with a decorated mosaic floor. The theatre can be found on the southeast side of the quarter and has a Greek style architecture with the capacity to hold about 5,500 spectators. 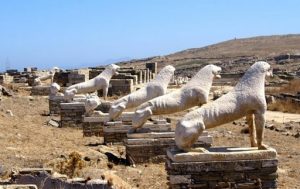 (The Terrace of Lions)

This is the most documented tourist attraction in Delos and sits majestically overlooking the Sacred Lake. The Terrace of lion is a row of white marble lions, which were originally nine but only fove have remained. These are replicas and the originals can be viewed at the Delos Museum.