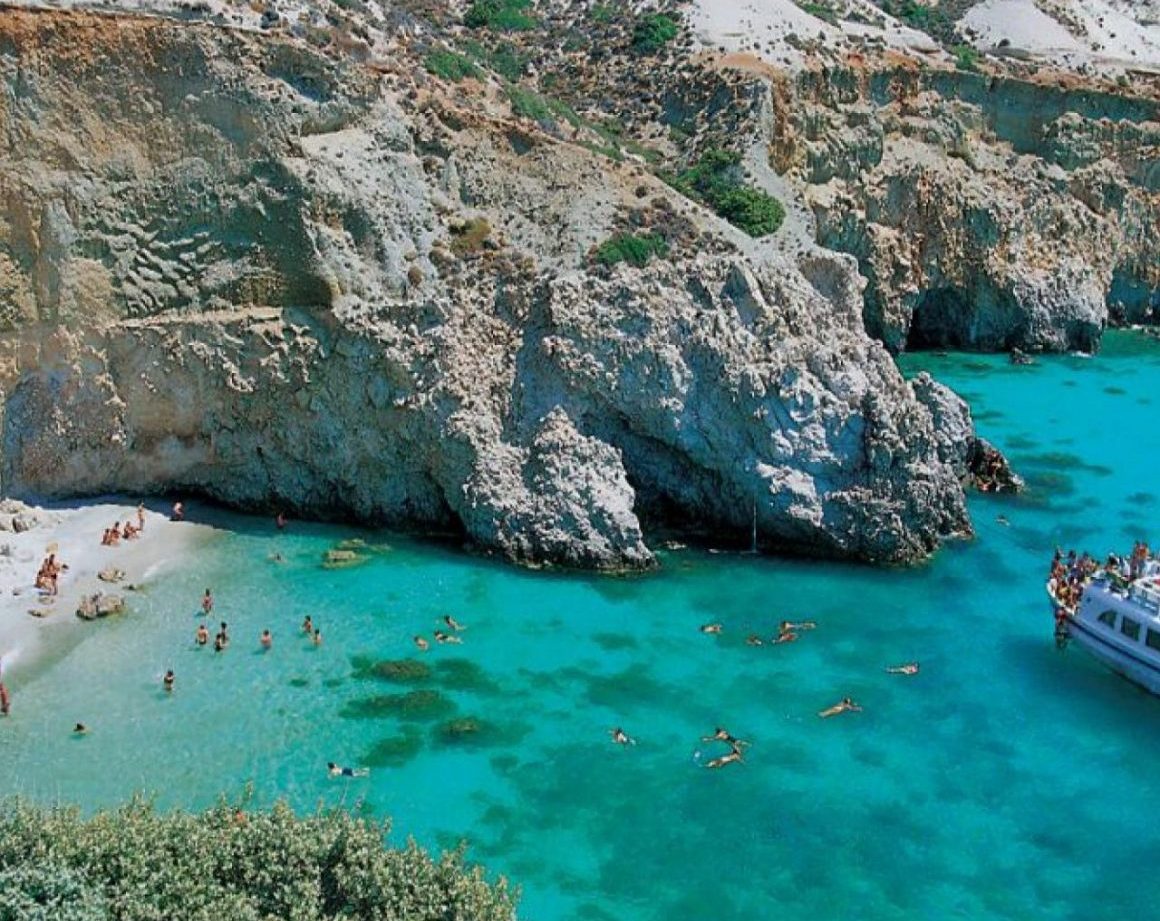 Adamas is the main port of Milos and also a seaside village of white houses shimmering on the blue waters of the Aegean. This village was founded in 1835 by refugees from Sfakia who came from Crete after the failure of their rebellion against the Turks. From these times and on, Adamas became increasingly important historically because of its large, safe, naturally made harbour, and its strategic position in the eastern Mediterranean. Adamas is surrounded by many beaches and offers various tourist facilities such as banks, post-office, doctors, tourist agencies, port police, hotel units and an intense night life. Many old churches as well as mining and ecclesiastical museums are worth visiting.